image goes here
Aylburton is a small village on the A48 road, just south of Lydney. The village of Aylburton has a population of about 650.

The village boasts a fine 14th century preaching cross in a central position. Not far away from this is the Aylburton Methodist Church.

The "old hospital" at Upper High Street, now a private house, was founded early in the 1900's by Bertha, Lady Bledisloe of Lydney Park and later developed into the Lydney and District Hospital at Gove Road, Lydney.

The Aylburton Memorial Hall commemorates the village's fallen in two World Wars and was completed in 1922. St. Mary's - St. Mary's Church, although erected as late as 1857 incorporates much of the original 14th century fabric having been moves stone by stone from Chapel Hill, behind the village, at that time. The 15th century pulpit is one of only sixty left in England today.

Photo from Featured Project near Aylburton
53 Seat Luxury Coach, Cup Holders Detail
Spacious and airy inside, this 53 seater coach is ideal for transporting a large group of people who need quiet, comfortable travel so that they can get on with some work or quiet discussion on the way. 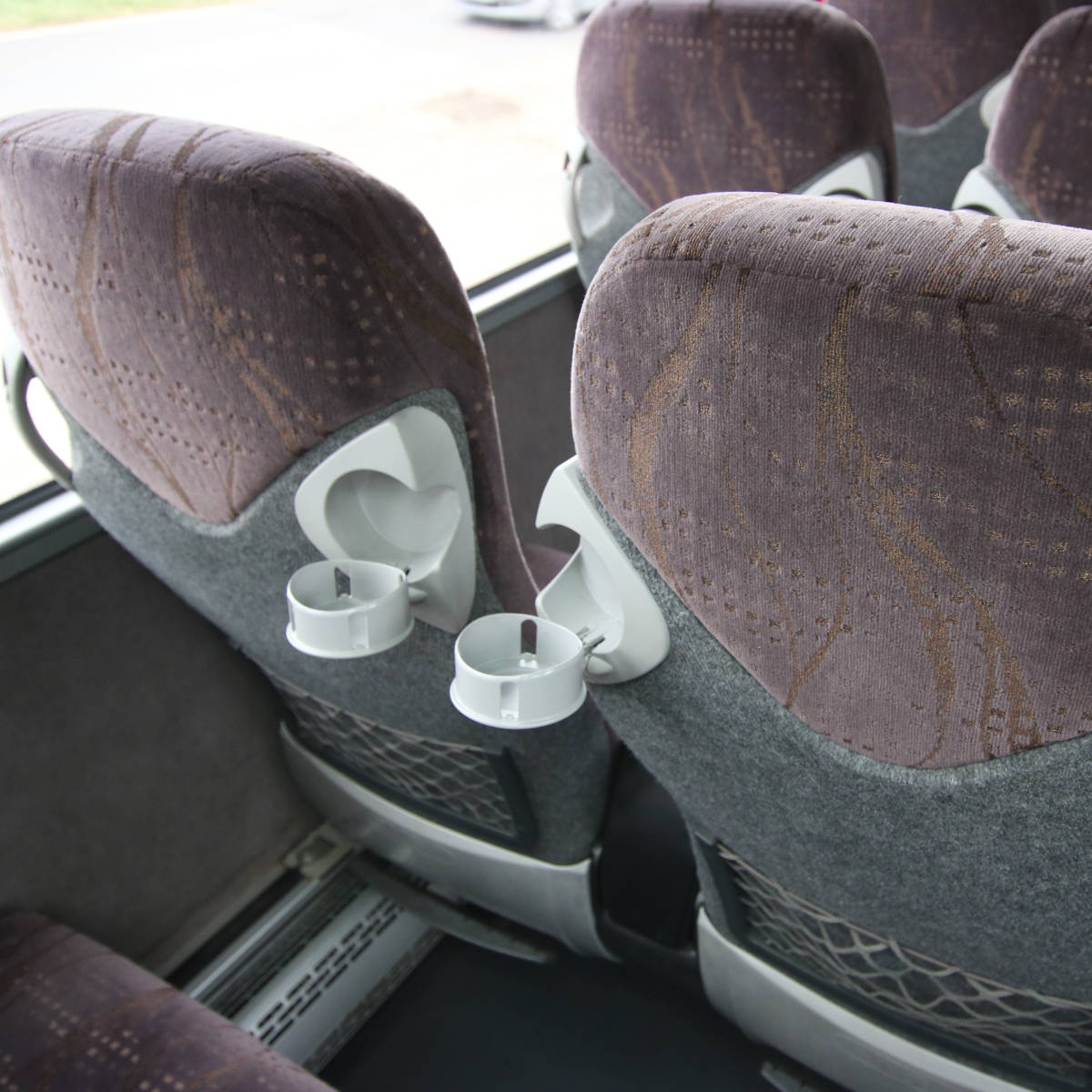