image goes here
English Bicknor is one of the ancient villages of the Forest of Dean, situated at the top of a hill overlooking the Wye Valley, and once the site of an ancient motte & bailey castle, the remnants of which can still be seen. Close to the village is Bicknor Court, an imposing house some 400 years old. Situated between Symond's Yat and Lower Lydbrook on high ground opposite its namesake Welsh Bicknor.

English Bicknor is first recorded as a hamlet in 1066. A primarily agricultural and industrial area, its main attraction today is the small Norman Church of St Mary which has excellent internal masonry and sculpture dating from the 12th century. The original tower was situated centrally but was built from the soft local sandstone which became unsafe. The church is also interesting because it is sited within the outer courtyard of the motte and bailey castle. Norman masonry has been found within the motte, suggesting at least part was built in stone and while nothing is left of the castle's actual structure today, its location is still identifiable.

A typical early Norman defence work which is one of many along the Welsh border, it is thought to have been built in the reign of Henry 1 (1100 - 1135) or Stephen (1135 - 54) and was demolished or destroyed by the late 14th Century, but why and how is not known.

Photo from Featured Project near English Bicknor
For medium sized parties, our 37 seat coach is perfect.
When you have too many people for a minibus. yet the party size is small enough to feel lost and echoing on the bigger coaches, oiur 37 seat coach may be the perfect solution.

With comfortable seats, all fitted with safety belts, your party can travel in style and arrive at your destination feeling fresh. There is plenty of legroom too, for the taller passengers, while those who are not so tall may appreciate the adjustabl footrets.

There is a small galley kitchen where refreshing cuppas can be made en route, and a toilet for the comfort and congenience of all. 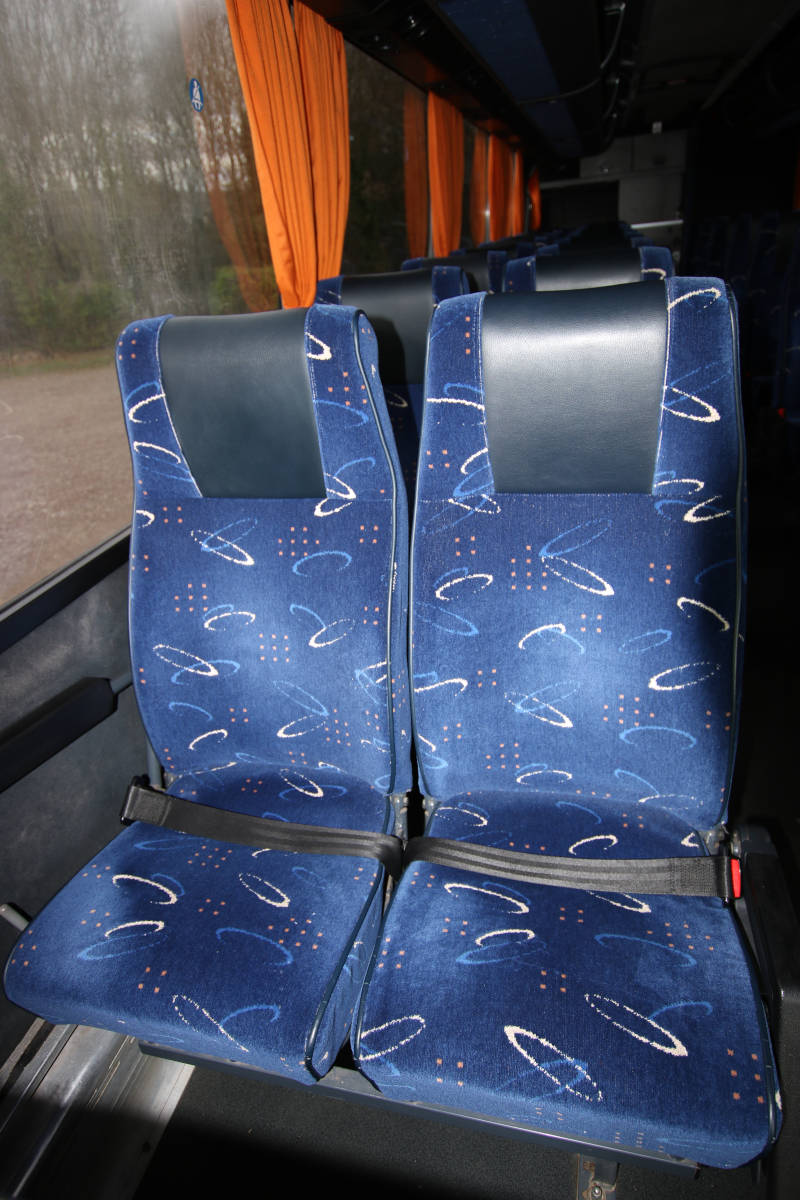