image goes here
Redbrook overlooks the River Wye and a riverside park created by the local community to mark the millennium. A little above the river is the 19th century Church of St Saviour. Redbrook was the northern terminus of the Wye Valley Railway. When it closed, its rails were taken up and sent to France during WWII.

Situated on a attractive stretch of the Wye, Redbrook was an important industrial centre thanks to an ample supply of water power which ran down the valley and surrounding hills to the river. From Swan Pool down to the Wye, a number of leats, dams and reservoir ponds were created with many industrial sites including mills, an iron furnace, tinplate works and copper works. The oldest site is the King's Mill, which was a corn mill fist recorded in 1434 and remained in use until 1925. Though destroyed by fire some ruins and the wheel pit can still be seen by the road leading up the valley (following the track of the 812 Monmouth & Coleford Tramway).

The Redbrook Copper Works was established c1960 using ore brought from Cornwall via Chepstow and worked until 1740 when it closed down and the buildings leased for the manufacturer of tinplate. The tinplate factory, run by the Redbrook Tinplate Co., was world famous for the high quality product it made and did not close until 1962. Today the manager's residence, dating from c1700, still survives (as private houses) but of the other buildings little now remains. Redbrook was also a port where the various products of the local industries were shipped out and the quay, though overgrown, still survives, along with a stone warehouse and a tram-road which linked the industrial works to this building can still be made out.

The most obvious feature at Redbrook is the wooden pedestrian bridge which once carried the Wye Valley railway across the river and now forms part of the Wye Valley Path.The railway was opened in 1876 to connect Monmouth to the South Wales line and did not close until 1964. On the opposite side of the river by the bridge is The Boat Inn, which originated as a hostelry for river watermen and is now an attractive little unspoilt real ale pub.

Photo from Featured Project near Redbrook
Group travel arrangements are easy with ASC Phillips
From a single minibus to seat eight people, up to a huge party utilising any combination of 8, 12, 16, 37, 53 and 70 seat vehicles to make sure that everyone gets to the right place at the right time.

Call us to talk over your group travel needs, or click in the header of any page to get a quote. 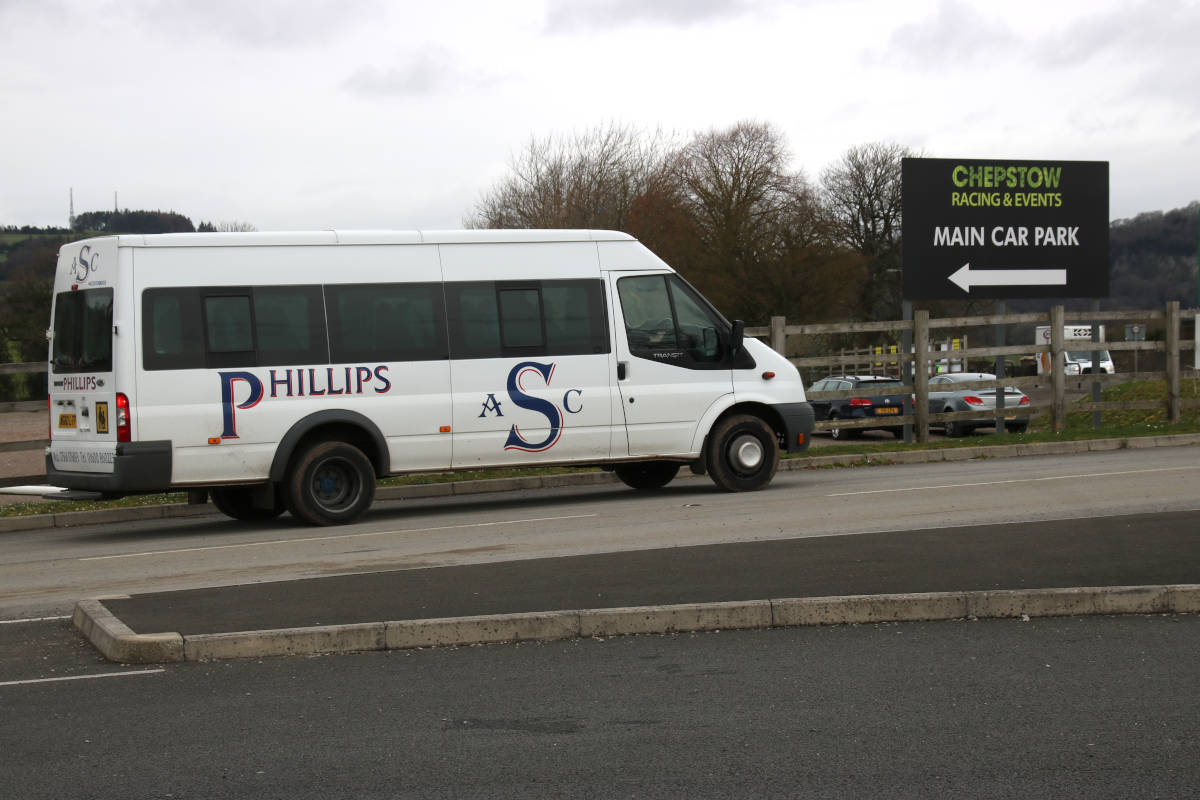